Over the past year, I have been thinking a great deal about the implications of the following section from “Cognitive Load Theory” by Sweller, Kalyuga and Ayers*:

“Trafton and Reiser found that for an example to be most effective, it had to be accompanied by a problem to solve. The most efficient method of studying examples and solving problems was to present a worked example and then immediately follow this example by asking the learner to solve a similar problem. This efficient technique was, in fact, identical to the method used by Sweller and Cooper (1985) and followed in many other studies. It was notable that the method of showing students a set of worked examples followed later by a similar set of problems to solve led to the worst learning outcomes.”

It is something that we have discussed as a maths department as we try to improve our planning documents and resources. How best can we utilise this effect when teaching our students new concepts? I admit that my standard practice has often be to present a set of worked examples and this does not seem to be the most effective strategy.

One approach might be to present an example alongside a similar problem. 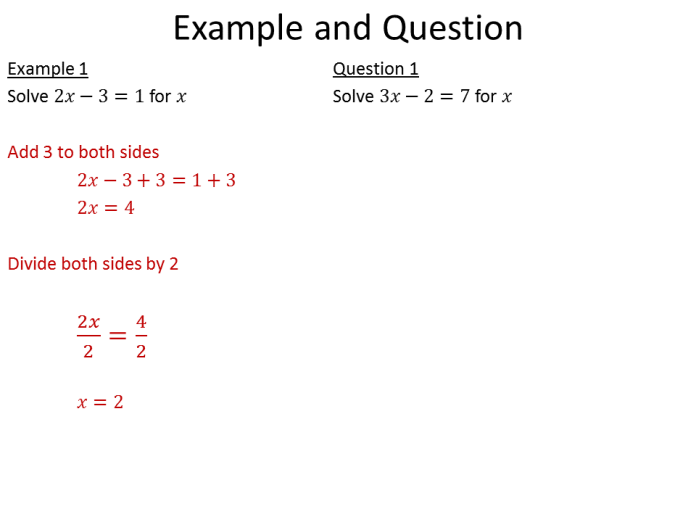 I know some people are PowerPoint-phobic but please don’t be put-off by that. It could just as easily be presented in a booklet or on an iPad screen. I like PowerPoint slides because I can project them onto a standard whiteboard and then scribble over and annotate them.

The above example is useful for illustrating the idea but it is abstract. I have been wondering exactly how close to the original problem a ‘similar’ problem must be. In the statistics example-problem pair below I have change the context. In other respects, the problem is very similar to the example. For instance, the information is presented in the same order. Could such an example-problem pair have an impact on transfer? It certainly highlights the deep structure. 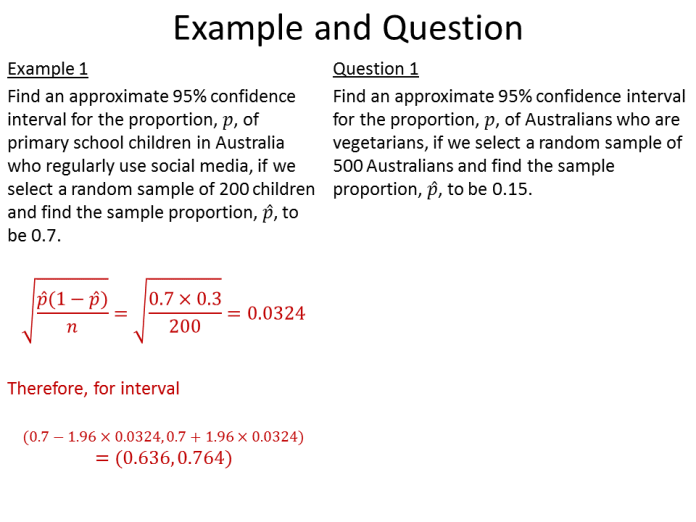 However, the potential issue remains. We could possibly have activities that are too fully guided and that therefore lead to little learning. Example-problem pairs seem to minimise the amount of struggle and so you might think that they would qualify as such activities. They certainly don’t seem to induce any ‘desirable difficulties’. Yet the evidence suggests that they are effective.

And fully guided strategies such as Engelmann’s Direct Instruction also seem to work. I have heard anecdotal reports that students and teachers sometimes even don’t notice the progress that is made until they conduct a new assessment. How can this be if they are making an effort to learn? Surely there must be a limit to how far we can reduce load?

If we substitute activities with ones that involve students thinking about something other than the targeted learning then they won’t learn much. This is what happens when we ask students to complete wordsearches to learn key words or in Dan Willingham’s famous example of baking biscuits to learn about The Underground Railroad.

But I wonder whether, as educators, we have a systematic bias towards providing too much load. Therefore, anything that we come up with that reduces load seems to work (with novice learners). There might potentially be a lower limit – it seems reasonable to suggest that optimal learning will take place when we have a full but not overloaded working memory. It’s just that we haven’t reached it yet. Even with example-problem pairs, there is still plenty for a novice to think about.

*Sweller and Kalyuga are my PhD supervisors.