Both project-based learning and core knowledge share the quality that neither of them have been substantiated by large-scale randomised controlled trials – Although I would argue that core knowledge has more supporting it from the other corners of my triangle of evidence: 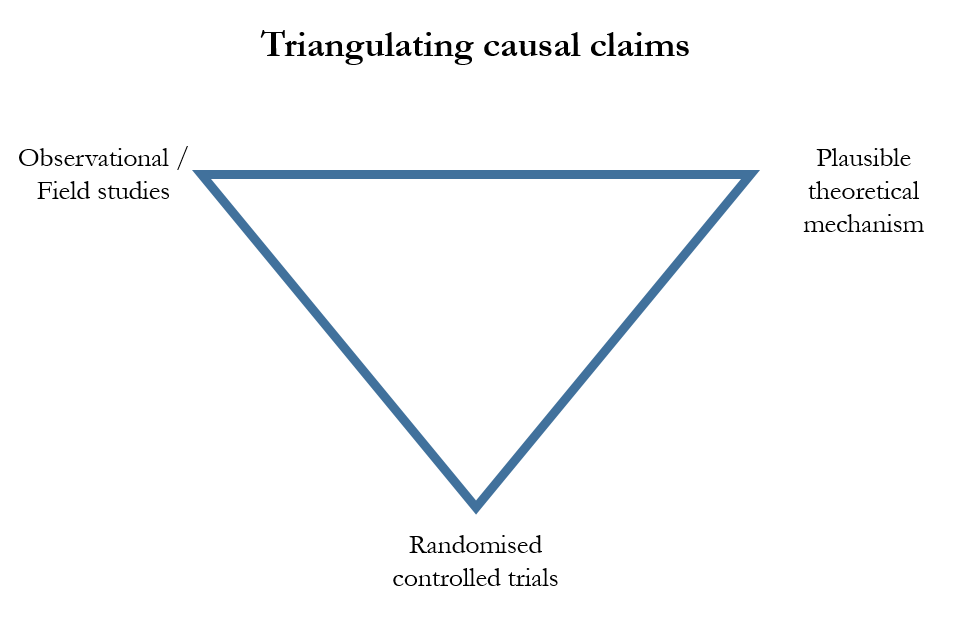 Project-based learning is, of course, a pedagogy whereas core knowledge is a curriculum. So I’m comparing apples and oranges here. Despite this, there are a number of further parallels.

Both approaches have been adopted as models of whole-school reform in the U.S. There are Core Knowledge (upper case) schools using the curriculum produced by the Core Knowledge Foundation (set-up by E. D. Hirsch Jr.) and there are Expeditionary Learning schools which utilise project-based learning. Many of these schools stand-out as successes – the kind of schools that politicians like to visit. There is some evidence to support both approaches (see the entries in the Best Evidence Encyclopedia here and here).

Core Knowledge and Expeditionary Learning have also both been commissioned to produce English Language Arts curricula for New York schools. According to the comments on this blog post, New York added a guided-reading element to both programs. There is a good reason why Core Knowledge limits the amount of guided reading – Hirsch has written about the redundancy of practising reading comprehension strategies and has urged that the time would be better spent studying content such as history, geography, science or the arts. Perhaps the folks at Expeditionary Learning thought the same. If so, it’s a pity that New York didn’t understand what they were trying to do.

Core Knowledge is intended to be pedagogically neutral. It lists content rather than how to teach it, although the purity of this position is probably compromised by the support materials which include elements such as ‘read-alouds’ that imply a particular teaching approach.

“Our classrooms are alive with discovery, inquiry, critical thinking, problem solving, and collaboration. Teachers talk less. Students talk (and think) more. Lessons have explicit purpose, guided by learning targets for which students take ownership and responsibility. Student engagement strategies and activities serve to differentiate instruction and maintain high expectations to bring out the best in all students, cultivating a culture of high achievement.”

But if you look at their curriculum, something funny happens: It looks a bit like a core knowledge one. For instance, in Grade Four English Language Arts, the central texts include: The Iroquois – The Six Nations Confederacy, Mary Englar; Animal Behavior – Animal Defenses, Christina Wilsdon; Simple Machines – Forces in Action, Buffy Silverman; and Divided Loyalties – The Barton Family During the American Revolution, Gare Thompson and Barbara Kiwak.

And the project work for which Expeditionary Learning is famous seems to take place after the students have learnt a lot of this stuff:

View all posts by Greg Ashman

5 thoughts on “Project-based learning that works?”